Thriving in a world of pretend

24-year-old actress and Chicago native Jessica Dean Turner will appear in Season on the Line, a play coming to Chopin Theatre and hopes to be the bridge between her neighborhood and her passion.

Nearly 100 West Side youth got to sharpen their b'ball skills Thursday with a former WNBA star Tangela Smith at Columbus Park.

Afrofuturism and the future of storytelling

The aesthetic explored in Afrofuturism, says author and filmmaker Ytasha Womack, has existed throughout the Black Diaspora. Writers such as Octavia E. Butler and W.E.B. Du Bois were writing about black identity years ago, she says.

How much do you know about Martin Luther King Jr.?

The first of Mayor Rahm Emanuel's re-election campaign ads are running on broadcast and cable television, according to a Crain's report. 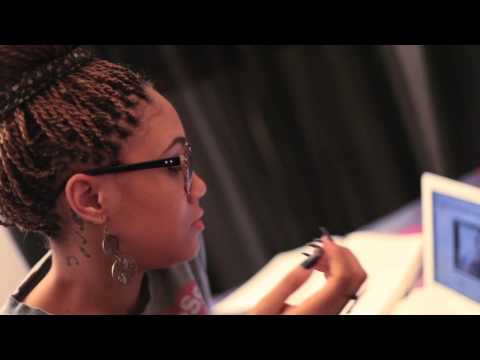 Malcolm X, Dr. Martin Luther King Jr. and slain South Side teen Hadiya Pendleton are three out of 33 hooded images on display at the South Side Community Art Center, 3831 S. Michigan Avenue, until Sunday, July 20 according to a DNAinfo report.

Notice is hereby given that a Public Hearing will be held by the Joint Plan Commission/Zoning Board of Appeals of the Village of North Riverside on Thursday, August 27, 2020 at 6:00 P.M., in the Village Commons, 2401 S. Desplaines Avenue, North...

I do not normally like giving my views about certain...

Regardless of race, anyone has the right to appeal. ...

On: A change of heart

On: Women's shelter named for...

I have to correct one of the comments which state that...

We are Seniors that are owners/operators of a Pest...

Thank you Mayor for caring about those young 'uns...

Hey there not sure if you remember me. I use to hang...