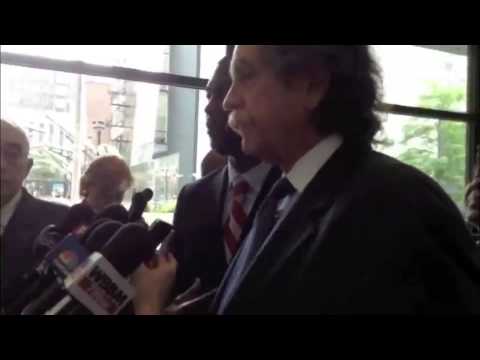 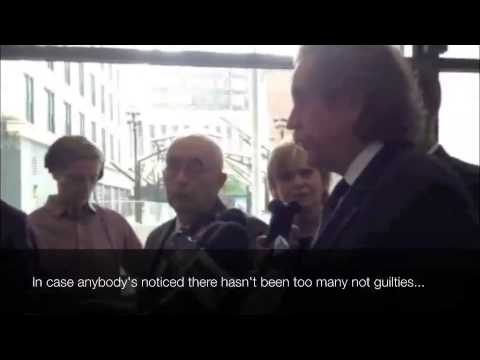 (Editor's note: This story will be updated throughout the day.)

State Rep. LaShawn Ford pled guilty Monday morning in federal court to a misdemeanor charge that he misreported his federal taxes in 2007 and, as a result, underpaid those taxes by $3,782. But that plea was a far cry from the 17 bank fraud felony charges that he had faced until today.

In a stunning turn, federal prosecutors dropped all 17 charges against Ford.

After a court appearance, Ford's attorney, Thomas Durkin praised Ford for having "the courage of his convictions" and his willingness to go to trial on the charges. Ford had faced up to 30 years in prison on each of the 17 counts of the bank fraud indictment brought by the U.S. Attorney's office in November 2012.

Durkin praised recently appointed U.S. Attorney Zachary Fardon for his willingness to come to a resolution of the charges against the state rep.

Ford will be sentenced Nov. 7 by Judge Rebecca Pallmeyer who told Ford in the court hearing that federal sentencing guidelines call for a sentence of 0 to six months or up to one year in prison. Fines could also reach $100,000. And while Pallmeyer is not bound by the plea agreement negotiated by the U.S. Attorney and Ford, that document suggests that Ford is unlikely to be sentenced to prison. Owing to the small amount of unpaid taxes and Ford's otherwise clear criminal history, federal prosecutors stated in the agreement that after sentence is passed that they will dismiss the indictment.

Arriving at the Dirksen Federal Building Monday morning, Ford sported a wide grin and offered hugs to a half dozen of his supporters who had gathered outside the court.

Leading up to Monday's court date, Ford maintained that he had hoped the charges would be dropped because they had no merit.

Ford, 42, was indicted by the U.S. Attorney in November 2012. The 17 charges included eight for bank fraud and nine for submitting false information to the now-defunct Shore Bank. All stemmed from real estate rehab work Ford had done on his native West Side. The feds alleged that Ford had submitted false information to the bank in order to extend and increase a line of credit at the bank.

Other charges alleged that Ford had co-mingled his personal expenses with the business line of credit.

He was also accused of using the money to pay off gambling debts and to fund his campaigns for elected office. Ford has maintained his innocence throughout and denied all charges against him.

The basis for the misdemeanor charge traces to his work rehabbing and reselling homes on the West Side as part of his Ford Desired Real Estate business. The specific charge ties to the rehab of a single-family home at 5700 W. Erie in Austin. Prosecutors allege that on his 2007 income tax return that Ford overstated the amount of money he spent to rehab the home.

The tax return stated that Ford had invested roughly $74,000 to rehab the house while the prosecutors set the actual figure at about $51,000. That difference, prosecutors said, resulted in an underpayment totaling $3,782 in federal income tax.

In an interview last week, Ford acknowledged not paying close enough attention to the bookkeeping for his many rehab projects. But he said he had faith in his CPA and now has learned that the ultimate responsibility is with the person signing his name to any documents.

From the first day of the indictment, Ford has vehemently declared he was innocent of all charges and promised to defend himself aggressively.

Dan Haley contributed to this story

This is a great day for people who need justice and opportunity in the state of Illinois. LaShawn Ford is the most prolific state representative in Springfield and I glad that he will continue representing the Illinois 8th Representative District.

Congratulations LaShawn! We've been praying for you all along. You're a great person that really cares about others. Please continue to serve God, while providing the excellent service to our city. Peace! Great story ?

We could all stand to be more exact in our bookkeeping, but the real news to me is that Sen. Ford and his attorney beat this case by proving that white people who made the same errors were not prosecuted for felony while Sen. Ford, as an up and coming Black elected official, was targeted. The Feds need to stop picking on good public servants and go after the real crooks instead.

This comment from Iviwe is a good example how low...

Robb, I would feel you know of that which you speak if...